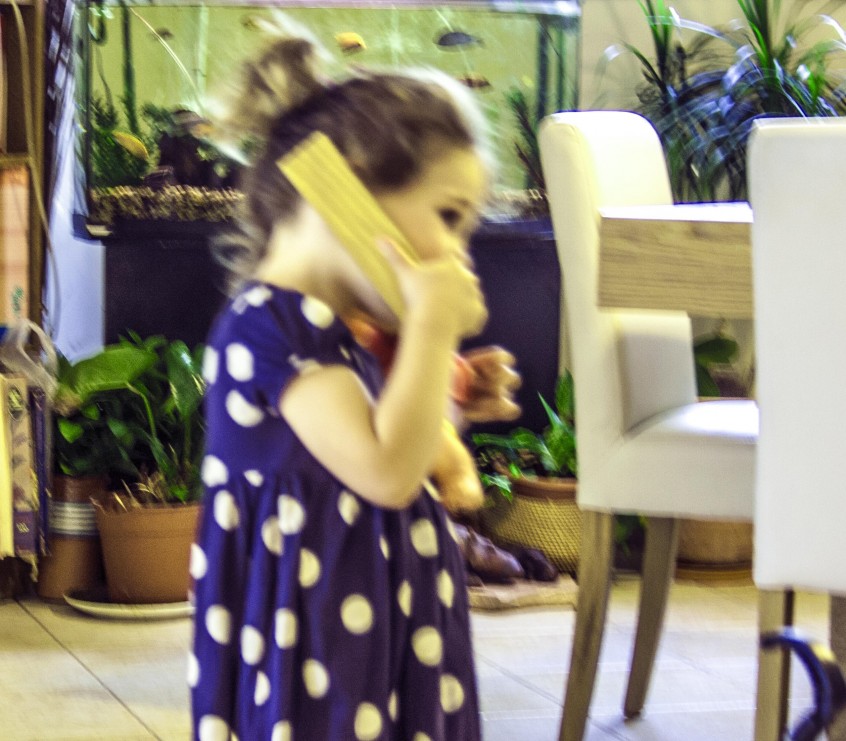 By now, we have all been warned about how careless use of the iPhone can endanger us.  From driving accidents to causing a sort of mob amnesia when it comes to simple every day decency.  Cell phones ringing at a funeral, for example, is no longer such a rarity.  And more’s the pity.  We should feel ashamed, but shame has been pushed aside and replaced 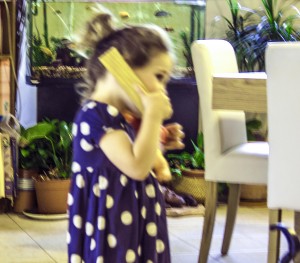 by feelings of entitlement.  Entitlement to be speaking rather loudly on the phone on public transportation often about subjects that, really, are not for public consumption.  Entitlement to carry on a conversation at the very same time that a sales clerk or cashier is trying to service you.  The one that really gets to me is someone ringing your doorbell and, when you open the door, they are on their cell and you are expected to wait till they finish their conversation.  In a nutshell, for reasons that are not at all clear, use of the cell phone in any way its owner deems appropriate has removed the taboo of inconsiderate and rude behavior and replaced it with new concepts of freedom and entitlement.  Is it just me, or did we once call this kind of behavior selfish?

In the spirit of technological advancement and the goal of making daily life “easier”, we now have come to a phone which is, as the ads say, “much more than a phone”.  Indeed!  When a small phone is now also a camera, a computer, an entertainment center, daily journal and portable to boot, what more can a person want?  And that’s exactly the problem.  Getting used to having all this at our fingertips, we now need even more to satisfy and fill us.   We have lost the ability to wait.  The phenomenon is much like what happens to addicts once they get their fix.  Next time, they need more.  More of the very substance that is slowly eating away at what makes them human.  I remember how cordless phones had an impact on how well and thoroughly we did our jobs, be it in the office the home, and how much more time we ended up using it than the restrictive cord phone.   At least they were relegated to the inside of our homes and offices and were, well, just a phone.

In the last century man has learned a great deal about himself both in the area of biology and, most recently and most dramatically, neurologically. We have a much better idea of how our brain works and how this effects our emotions and behavior.  We know now, if we hadn’t figured it out ourselves, that humans have a profound effect on one another.  This is especially true of parents or caregivers on a child.  In my studies in the field of Therapeutic Photography I came across a wonderful article by Ula Halkola who identified a child’s early life interactions as a time “to be seen and accepted”.  In fact, how a child is welcomed into the world and treated during childhood gives us a pretty good idea of how resilient s/he will be as an adult; if s/he will be trusting or fearful, optimistic and hopeful or staid and doubtful.   What does this have to do with the ubiquitous Smart Phone?  I’m getting to that.

As a Child and Family Therapist, I have been getting some very disturbing reports from some of my young clients aged 5-10 years old.  These are children who present with anger issues, lack of motivation and “an attitude”; who have been tested and have not been found to have any major learning difficulties or neurological abnormalities. They come from “good homes”.  Their common request of me?  To get their parent/s off the phone/computer/ UTube long enough to be fully involved in something with them. These children are referring to activities like help with homework, discussing social difficulties, taking a walk together or watching a ball game together on TV with no interruptions.  It was an Alice Through the Looking Glass experience for me.  The world been turned upside down, with young children asking their parents to “grow up”.  It seems that we adults are, without thinking twice, forfeiting the natural and beautiful experience of simply being with our child.  Nothing fancy or expensive- just being together. Taking in the essence of other.  The children in question report that they can’t “compete” with all the amazing features of the IPhone.  They resent the fact that there is never a time when the parent will voluntarily turn the darn thing off in favor of being with them.  So some children turn apathetic and turn to the iPhone as well.  They have been taught that it can replace human relationship.  That it is indispensable. That it is irresistible.  Years lived in this type of atmosphere is affecting them.   They are learning that they no longer need to seek out others.   If they are bored, they can sit with their phone and call, text, play games or watch TV.  There is no longer any added value to being with others in the flesh.

Other children begin to display troublesome behaviors.  These are the sensitive ones who may also have some learning difficulties which are not being properly addressed.  They ask that their parent be with them when needed- without the phone/camera/internet.  If this continues throughout childhood, the extent of poor “attachment” this situation causes in the growing child can affect him/her for a lifetime.  This not an exaggeration.  The latest workshop at The Psychotherapy Networker site is about how early attachment anomalies can effect a person for a lifetime and even have an effect on social and marital relations!  (See also Ainsworth’s Attachment Theory and  Bowlby’s “ Attachment and Loss”).

One of the most disturbing things I have seen of late happened in my doctor’s waiting.  A woman patient had brought her little girl along.  She was sweet and quiet, playing will her doll.  As she turned around I saw that she had improvised and used a rectangular block as a makeshift cell phone.  She held it between her chin and shoulder while she was holding her doll. The doll was clearly not the center of her attention.  She was barely hanging on.  The phone was prime. This was how this little girl interpreted being a Mommy!  I could not photograph her at the time, but I have photographed a friend’s child who modeled the behavior for me. (See photo at beginning of this post.  Distortion intentional).  I’m not sure if it has the same upsetting effect as seeing it in person, but I hope I have gotten my point across.

Just as the natural world is filled with wonders which can be used both to build and to destroy (fire and water come to mind), many of today’s electronic marvels that save time and hours of work can wreak as much havoc as the good they do unless we employ the common sense and will power to know when and where to use it.   If you have ever watched a child trying to engage a parent in conversation only to be interrupted repeatedly by the ringing of the iPhone or the sound of a tweet, SMS or the famous chirping of an incoming what’s App, you know the frustration that can build up in the child.   It also sours enthusiasm.  As one of my clients asked me, “Why can’t she just ignore the call?”  Another young client told me, when asked if Dad had taken her on a picnic as per our last session’s “homework”, “Well, his body was there….”   What was clearly implied is, “To my father I’m not the first choice. His iPhone is.”  This child was on her way to shutting down.  Other children act out, become angry or look for acceptance in places that are not always good for them.

Instead of a means to a goal, the IPhone has morphed into a goal above all else.  It is changing the way we see each other- as virtual beings who meet each other’s self-absorbed, voyeuristic needs.  We are becoming an emotionally distant, entertainment- insatiable society. There is no thought of the other.   Human expectations and experiences are changing in this new Age of Interruption.  We have become the self -absorbed producers of our own reality.  In doing so, we are slowly deflating our souls.

So why can’t we just turn it off?