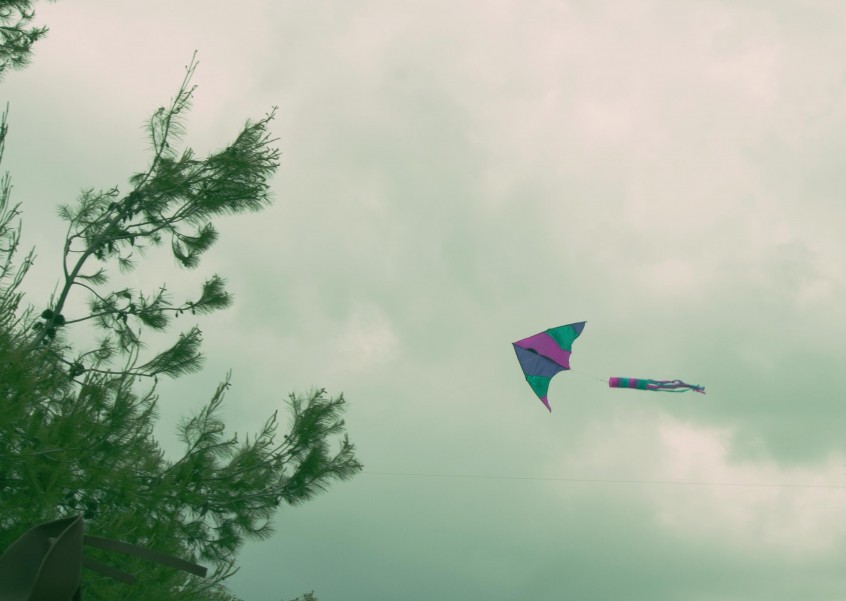 Every now and again, life throws us a gift in the guise of an opportunity.  The thing is, we need to be able to recognize it for what it is and use it wisely.  I saw just such an occasion a few weeks ago.

Picture two young children in a park attempting to fly a kite with their father.  There is plenty of wind, but it does not seem to be coming from just one direction.  This makes the kite very unstable and difficult to maneuver.  Dad encourages the children to keep on trying.  He suggests running with the kite while giving it more rope.  This seems to work.  The children run with the kite, laughing, triumphant against the wind.  Then suddenly, the kite makes a loop and falls between the upper branches of a tree.

This is what I have come to call the “Choose Your Own Adventure” moment.   Years ago, when my children were young, they loved to read the series of books called Chose Your Own Adventure.  At the pivotal moment in the story, the reader is asked to choose between two possible courses of action.  Depending on which course they chose, they are instructed to turn to a certain page which then continued the story from the moment the specific choice was made.

At this point in the park scenario, there were two choices that could have been made.   This is what the Dad in our story chose to do.  He had the children wait in the clearing while he went under the tree in a thicket, to assess the situation as well as the safety of the area.  He then called for the children to find some long branches or sticks.  That done, he came out and led the children to a safe place beneath the tree.  He climbed up a sturdy branch, took the longest branch his children found and began to nudge the kite.  The children went back and forth, looking up into the branches and guiding him as to the direction to move the stick. Now it became a joint effort.   After about 15 minutes, the kite was free and Dad began to reel it in.  The children jumped up and down cheering him on until he once again held the kite in one hand and the spool of rope in the other. Their exhilaration was palpable.

Had this father chosen the other route, the easier one, he would have thrown up his hands, called it a day and second guessed himself for having tried to fly the kite in unstable weather.  If he was the type who had trouble acknowledging failure, he would have found a reason to blame the kids.  The enterprise would have ended on a sour note. Kite flying would have a negative connotation for the children for a long time.  The lesson they would have learned is: unless conditions are perfect, don’t try doing anything even it could be fun.  Don’t endeavor, don’t take risks.  Other fathers may have given up and promised their disappointed children another kite if they stopped their gripping.  This would have taught them an even more negative lesson.  Namely, everything is replaceable, so don’t strain yourself.

As it is, these children will long remember the valuable life lesson they learned that day.  They will not shy away from possible failure because trying and problem solving has shown them that they actually can accomplish what at first may seem unlikely and that they can even have fun trying.  They are much less likely to give up easily and they will not be lazy if things don’t work out at first.  Challenges will be met with attempts at problem solving and not with an automatic sense of defeat.  They will learn to be part of a team.

All this has been described as “building character” in the parenting books of yesteryear.  Now, we have come to learn something else even more important and fascinating.  We have actually seen how this type of response to difficult and challenging situations, repeated over time, can build and strengthen neural pathways in the brain (Daniel Siegel in The Developing Mind).

So the next time you have been given the gift of a “teachable moment” or have to make a “choose your own adventure” choice, opt for the chance to make your children better able to cope with life in the long run.