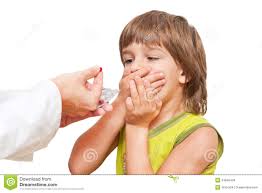 Q: My first grader just started taking Ritalin.  He has absolutely no appetite at school.  It bothers him so much          that he fights me every morning and refuses to take the meds.  Any advice?

A:  You are describing a pretty common side effect of Ritalin.  Loss of appetite can be difficult for some children to handle.  That is why he needs to have a hearty breakfast. He’ll do better during the day with a full stomach when he begins his day.  The meds begin to wear off by dinner time, so it’s basically lunch that suffers.  Don’t try to get him to eat, but children usually don’t fight drinking, especially water.  Give him some liquid yogurt or other healthy drink to tide him over.  If the Ritalin makes a real difference in school, (or camp) he will probably be willing to at least try.

Note: During hot summer months, he must drink a lot of water, which should not pose a problem according to all the pediatricians I have consulted.  If he really won’t drink anything due to lack of appetite, speak to the prescribing physician.