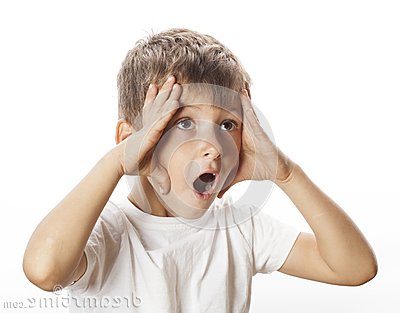 Miriam is a wonderful grade school teacher.  She loves her students (something not to be taken for granted) and enjoys teaching them how the world works.  Now that there will be somewhat of an improvement in class size, she is looking forward to a good beginning to the school year.  One thing keeps nagging at her, though.  She found that in the past few years, she did not always read her students correctly.  She had made assumptions about a child during class time and acted on that assumption only to find out later that she was unaware of a major learning or other issue which explained the child’s behavior.  She was honest enough with herself to realize that the inappropriate actions she took in response to misunderstood negative behavior had done damage to the child.  Her self-blame and guilt brought her to me.

Miriam was quite astute.  I would like to urge parents not to be secretive about any learning difference.  While privacy is a major requirement of school faculty, secrecy on the part of parents can be quite counterproductive.  Let the principal know about testing and diagnosis of all conditions which will make learning difficult and unpleasant for their child.  The teacher should also be made aware of this so that she can serve her students well.

Miriam’s student brings up a major issue for teachers who are trying to relate to students while teaching them new information.  That is:  How to understand what you are seeing so that you know what to do?  I saw a great example of this difficulty while observing Miriam’s fifth grade class:

The first two hours of class were devoted to math and then science.   Math and science are two difficult subjects for most of the students and in the case of the math new , difficult material was taught.  It was clear that the students were tired.  Usually, recess was at after the third period, but the teacher wisely thought that the children could use a break.  Everyone smiled and jumped up from their seats to get outside for a bit of running around.  Except for Adam.  He stayed in his seat, visibly upset.   Miriam was readying herself for his arguments.  Adam did a lot of arguing.  She never argued back, but did maintain her authority.   It took up a lot of her teaching time, made Adam less than popular with his peers, and left her exhausted.  “Recess is always after third period.  You can’t just go and change the rule whenever you want,” he said loudly.  Then he added “rules are important.”

At first, Miriam was taken aback at the phenomenon of a child preferring to stay in class when he could go outside and play.  But this was Adam.  Something she read hit her.   “Do you keep all the rules all the time?” she asked.  Adam shot back, ”of course, how else could I ever know what to do?”  Continuing, Miriam asked, “Is there never a time when it’s ok to break the rules?”  “NEVER!” came the reply as Adam put his hands over his ears in a gesture people use when witnessing a calamity or when the “noise” is just to much.  That is when Miriam began to suspect that Adam was probably on the autistic spectrum.  She stayed in c lass with him, listening to all the reasons that he needed to do so, and how his Mom did things the “right” way.

Miriam thanked Adam for explaining to her what he needed.  After school was out, she looked up Adam’s file in the school office.  No mention of ASD.  She discussed the issue with the principal who called the home and asked for to see the parents the next day.

As it turns out, the diagnosis of HFA was made just two months ago.  Adam’s parents had thought that he was “rebellious, probably ADHD.”  After a number of different tests and discussions with Adam and his parents by a Developmental Pediatrician, the diagnosis was made.  The parents were still in shock and unable to discuss the diagnosis with anyone.  To their credit, they began reading how best to work with Adam at home.  It was now time to include the school in helping Adam.

At this point, Miriam came to me with the following questions:

Could you please explain to me what I should expect from a child who has been diagnosed with Autistic Spectrum Disorder-High Functioning? Did this used to be called Asperger’s or is this something else?  Should these kids be in my class?  What should I know that can help me not misjudge them?  Do they need any special treatment or Education Plan?

It is thought by the committee which puts together the Diagnostic and Statistical Manual 2014 that what we called Asperger’s is on the Autistic spectrum.  For the most part, however, high functioning Autism is pretty much what used to be called Asperger’s Disorder.

People with High Functioning ASD (HFA) are just as intelligent, if not more so, than their same age peers.  Their main difficulty is in the social and pragmatic realms.  These children have a difficult time in school and with peers and are easily misunderstood which just adds to their frustration.  Since they are usually smart, no one considers a learning problem to be behind the behaviors which are so upsetting. The most common diagnosis at first is usually ADD or ADHD.  In fact, though, there is a learning problem, but it is not academic.  People with High Functioning Autism:

There are many other symptoms of HFA with which parents and teachers should become familiar.  Parents should not hide this information from school staff because, as mentioned above, it will backfire and the child will be given consequences that are not appropriate.  This, in turn, will frustrate and anger the child and begin an entire spiral of very negative behavior.  If there has not been a diagnosis, teachers should keep in mind that the behavior they are seeing is not what it may look like.  Discuss it with the parents, suggest that they get the child evaluated by a child psychiatrist or developmental pediatrician.  NEVER diagnose.  If the parents and school staff become partners in helping the child with HFA understand his/her environment and work well within it, if parents provide the child with social skills groups and make him/her feel accepted, these children can go on to do well in life.