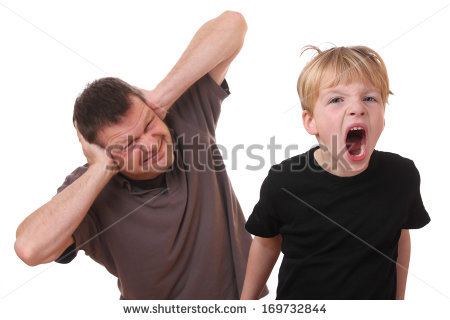 There are few statements from a child that can grip a parent’s heart more than this one- “I hate you!”  Very seldom is there an immediate, helpful response.  The reason is obvious.  Parents want to think that they are doing well by their children.  Besides instilling good traits, parents today usually also provide their children with after school activities and clubs to which they also are required to transport their progeny.  If there is no school bus or public transport to school, once again the parent is expected to take care of that detail. So that organizing car pools and daily schedules for each child is now a given.  I have seen, first hand, the list of many mothers (It’s usually the mother who makes and oversees the lists, while fathers are usually more a part of the transportation mechanism.)   This Mom had five children and her weekly list could put any CEO to shame.  She also worked outside the home, adding more pressure to her already overburdened schedule. The mother who stays home to raise her children may be no less stressed if at least one of them has special needs, physical, emotional or educational. Once again, appointments to help the child must somehow now be fitted into an already over packed schedule. And on and on.

Whether we admit it, even to ourselves, or hold it as a subconscious thought, when we do all that we do for our children, there is a small voice inside our head that says, “I certainly hope (expect?) This child to appreciate it.”  After over two decades of concentration on child development and growth, here’s a news flash:  it is not possible for a young child to “appreciate” what we do for them as good parents.  It is one thing to raise children to say “thank you” when they receive something as a gift.  Emotionally healthy children actually are the ones who know that their parents will go out of their way for them because that is what parents do for their children.  This does not include spending lots of money that the family budget cannot handle (except for educational or health issues), or sacrificing our health and welfare to give them something that they crave but do not need.  This type of behavior begins to cross the line of healthy family function.  It is a form of bribery on the part of the parent. “I give you all this, so you need to be grateful and appreciate me and like me.”  You cannot force either gratitude or appreciation.  The goal of doing for our children is that when they grow up and have their own family, they will have learned what it means to be a good, nurturing parent and do the same for their young.

Now, to understanding, “I hate you!” There are actually three possibilities, each of which requires a different response.

When young children are overwhelmed emotionally, they often get “flooded”.  Their emotional distress is so extreme that they simply cannot calm down enough to explain what the problem is or to think things through.  This is what Daniel Goleman describes, in his seminal work, Emotional Intelligence, as a “neural high jacking”.  In this state, a child will lash out with few words. “I hate you”, seems to be a very handy phrase for this purpose.  It is meant to show the parent just how distressed s/he is.  It definitely works.  In order to make the most of this very teachable moment, the savvy parent must keep in mind that the response s/he gives is crucial.  Many parents, especially those, who, like me, were raised in very traditional homes where respect was a basic part of expected behavior, will respond with anger.  “That is not a way to speak to a parent!”  While that is true, it is also beside the point here because we are dealing with a neurological overload, not anything more than that.  This angry, distancing response from the parent can put the child into even more of a meltdown.  This is not the time to engage the child in anything but calming down and working through the feelings that are swallowing her up.  The first thing a child needs to learn when verbally responding to a neural hijacking is to name the feeling that is consuming him and not to take it out on others.

Dr. Daniel Siegel, in his book, The Whole Brain Child, describes this technique very well. The first thing a parents does (after taking a deep breath) in such an instance is to focus on where this comment is comment from.  For young children, instead of addressing how this makes you feel, hook on to how they are feeling by saying something like,

Mom: “Wow, you are really upset.  Let’s see if you can figure out what that’s all about.  Are you upset because we had to leave Aunt Jenny’s house?

Mom: I know how much you like to play with the children and the toys, but it’s time to go home and to bed.  Can you think of another way to leave Aunt Jenny’s family that would be easier for you?

Much later, when the child has engaged in problem solving with the help of an adult, can he be told that saying, “I hate you,” is not an option to helping himself.  The truth is, however, that a young child who is still learning to deal with strong emotions usually is not out to hurt anyone. He simply does not know how to express what he is feeling and to do something about it.

Type #2 is a purposeful, learned behavior designed to gain a specific goal.

When a child is raised in a home where the adults and the marriage are not secure and stable, he can learn to be manipulative.  Parents teach their children just how much they can get away with and how well they, the parents, can handle the child’s anger. If a child knows that his parent needs his approval, then a very dangerous game is beginning.  Such children usually go on to take advantage of weaker people. So, in this type of family, if a child says, “I hate you, Mommy!” and Mommy begins to cry, the child has learned just how much power he has.  He can then ask for the thing he wants which will restore Mommy to his favor and all is well. For the time being.  It is very difficult to undo this type of schema from the behavioral repertoire once the child is grown.

Type #3 is relegated to the adolescent.

Note: What follows refers the average adolescent, not to one who is diagnosed with Oppositional Defiant Disorder or who has been a behavior problem throughout his youth.

What is now clear from years of neurological research is that the human brain goes through a major growth spurt and upheaval during adolescence when the pre frontal cortex prepares itself for adulthood.  It is what can make even the most agreeable child turn into a defiant and “wild” person for a time.

In light of the above, it would not be unusual for an adolescent to proclaim that he hates his parent, BUT it would then be followed by a long list of grievances to justify his feelings. In fact, teens will often yell rather than discuss.  LISTEN.   Yelling often means that they do not feel heard. Sometimes the most effective reply (unlike in early childhood) is to ask the young person to calm down enough to list his grievances.  Let him know that you want to help.  Again, you cannot reason or problem solve with anyone, no matter what age, when their emotional state is out of whack.  Once calm, it is best to examine what the grievances are.  You may find that there is some justification for his grievances.  You may have overdone trying to keep your teen safe, or have made too many requests, or your expectations may be too unrealistic. It is important to conduct these discussions as a business meeting, with give and take on both sides and minus any emotional response.

A common cause for anxiety and frustration in teens stems from school.  Often, new material is being taught at this age which requires an entirely new type thinking.  The teen may have actual difficulty with it and may need to be taught differently.  Making demands, comparing him to friends who are doing better or even comparing him to himself in his success in other areas is very frustrating.  Get to the bottom of the problem and address it without assigning blame.  You as parents need to be part of the solution and not another part of the problem.  It is extremely important for both parents to be on the same page when rules or decisions are requested to be changed.  Once it has all been sorted out, parents can let their teen know that speaking disrespectfully to parents puts a parent in a difficult dilemma- how can parents be willing to negotiate when they are being disrespected?  The child may behave better just in order to be able to plead his case and not for the “right” reason.  That may have to come later on.  The main thing is that the parents are seen as strong, but fair, rather than as tyrants or pushovers.  The latter is not conductive to building strong moral character in children.

Teens who are treated fairly and respectfully at home and in school learn how to ask for help and how to respect the adults in their lives.