By now, anyone who is in any way involved with someone diagnosed with ADHD (parents, teachers, spouses and the person him/her self) has enough information available to them to understand how to deal with this diagnoses. There still remain, however, a few auxiliary behaviors which create a great deal of strife.  One of them is lying.  Of all the questions that I get from parents and teachers of children with ADHD, the one I hear most often is, “Why does s/he always lie to me?”  And that is a shame.

The answer may be surprising.  When we thi 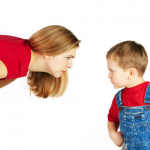 nk of why people lie, the most obvious reason is not to get in trouble.  Children don’t want a time out for having taken their brother’s toy and adults would like to stay out of jail or avoid a fine whenever possible. Simple and understandable.  ADHD people do the same for the same reason at times.  However, the most common reason for a person diagnosed with ADHD to lie is: fear of losing face.

Take the typical case of Josh who wants to go outside and play ball with his friend.  His mother asks him if has cleaned up his room.  He says, “Yes, I did.”  So, he goes outside.  A few minutes later, his mother passes by his room which is a total mess.  Why did he not tell her the truth?  Let’s take a second look.

If Mom gets angry about being “lied to”, makes this about her and grounds Josh, she is missing the point entirely.  Being punished, in this instance, will not create better behavior in the future.  Rather, it will frustrate and embarrass Josh to the point of giving up and, depending on his age, rebelling.  If the punishment is carried out in front of siblings or friends, the effect can be devastating to the child.  It will take a long time, if ever, for Mom to be trusted again.  That’s too stiff a price to pay.  What can mom/dad/teacher do instead?

In this case, lying is an indication that there is no open communication in this family.  Equilibrium depends upon doing things one way which means that the ADHD child sees himself as flawed, “bad”.

There are two ways of approaching an ADHD person regarding a request.  The first is to make sure that the request does not have too many parts to it and is not liable to overwhelm.  The second comes after the request has been made, but was not complied with. Let’s continue with Josh and the request to clean his room.

One of things that people with ADHD are really frustrated by is being pressed for time.  As it is, they are wired so that they cannot do a task with multiple parts all at once nor can they manage time well.  It would, therefore, be a better idea to ask Josh to clean his room either after he comes back from play or if he has no plans to go out.  This is very different from how a parent would handle the same situation with a non ADHD child.  In that case, the fact the he cannot go out to play until he has cleaned up his room would motivate him to get the job done as quickly as possible.  Not so for the ADHD kid.  He would both get so overwhelmed that he would have a tantrum, (and not be able to go out to play) or, he would skip the dramatics and just say he did the job. So his mother has learned to wait till he is home for good and then divide the job into small segments like:  “Josh, please put all the clothes away.  Dirty clothes in the hamper and clean clothes back in your closet.”  Sounds simple.  But some children have their closet in a different room from their bed.  That means that they have to “travel” to another room…and get “lost” along the way.  Same goes for hampers.   This is a set up and feels very much that way to the ADHD child.  So, parents have to really take a good look at how a “simple” chore can look to an ADHD brain.  This is NOT to say that people with ADHD get a free pass.  They should be required to help out and do their share. But the way the task is presented and when it is expected to be accomplished is a good predictor of whether or not it will be done, lied about, or result in a tantrum.

The same holds true for the school setting.  Once the various challenges to a person with ADHD are clearly understood, teachers can use more interesting teaching methods and allow these students to move around a bit during class.  They will come to understand that there simply are subjects that are not a good match for an ADHD mind.  Teachers should certainly be up on what can work in the classroom and when to give this child a different assignment.  It is no coincidence that ADHD students are truant from certain classes on a regular basis.  Instead of punishing this child, find out more and be part of the child’s helping community.  In marriages, spouses have learned to make schedules and help with long term planning; and parents make daily schedules and do lots of coaching.  This “helping community” is what gets the ADHD person through his day intact.  Without it, lying is a solution for adults with ADHD as well.  If engaged in frequently, it can end in job termination or create a serious rupture in a marriage.  The same requirements are present here as with children which is why most successful ADHD adults find that they prefer to be self -employed.

The bottom line is, children with ADHD can learn, with time, to assess what will be a real challenge for them.  They will soon learn to ask for what they need in order to do well. If they learn how to accomplish the requested behavior/task in a way that works for them they will be ahead of the game for the rest of their lives.  They need to learn how to make their case without arguing or expecting special favors, but once they prove that they are earnest workers, most will find that their needs are met with.  These children go on to be successful adults who have no problem recognizing what in their environment is causing them to fail or become overwhelmed.  Instead of hiding or denying the problem, they become their own advocates and problem solvers.